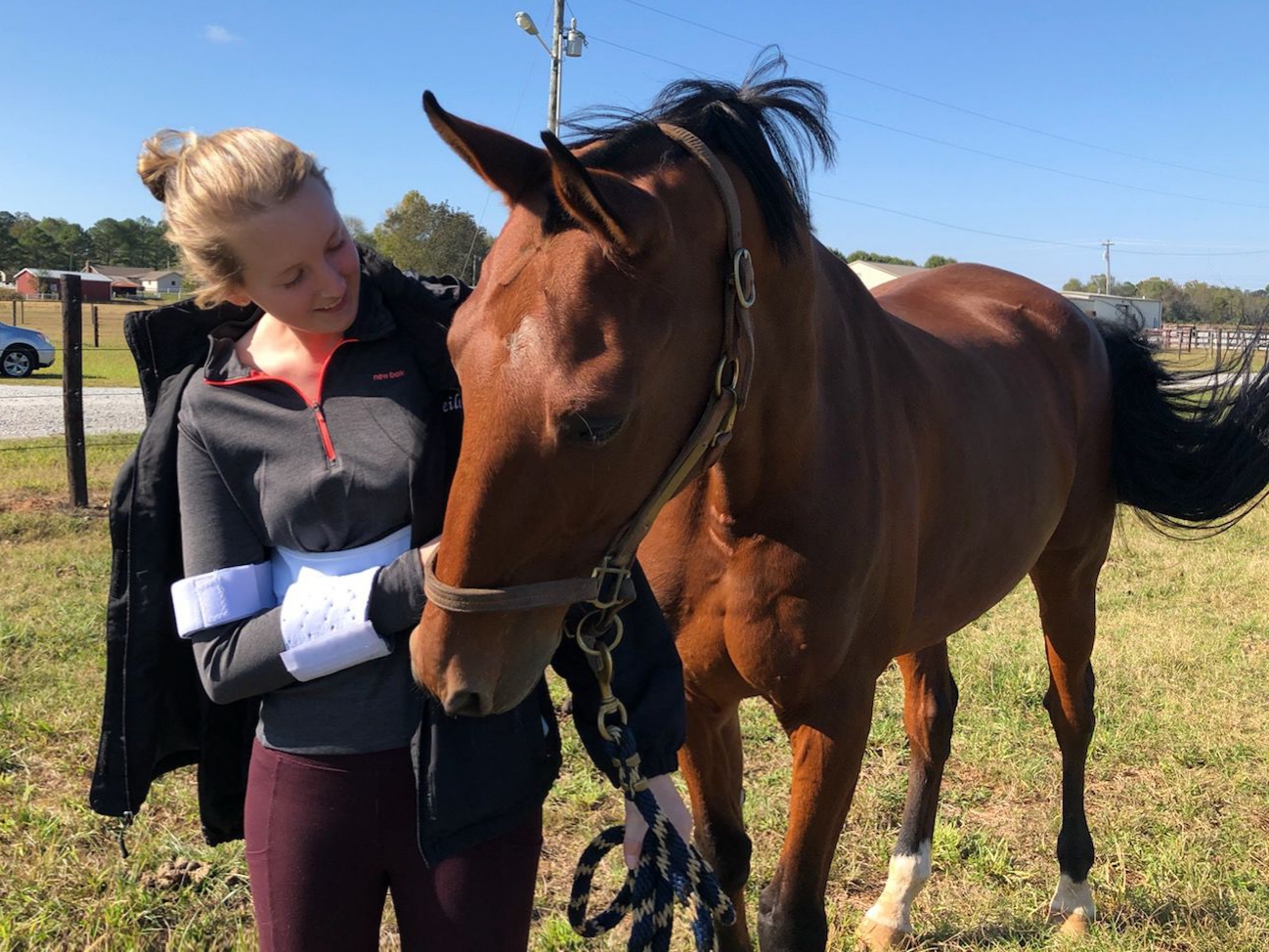 Nautica and I had a lot of plans for October. Really, we did. Well. We had one big, major plan: Nautica’s first big move-up to training-level dressage. That’s right, the big T1. USDF training test 1, baby.

None of that happened. Mid-October I ended up injuring my shoulder.

It was a bleak and overcast autumn morning in Northern Alabama when it happened—The Incident.

After the initial shock of pain, the even more traumatic, mortifying ambulance ride and ER visit, I learned that I had experienced my first dislocated shoulder. They put it back—It was a little touch and go there for a while; shoulder pain is a pain like no other—but I did end up losing my arm privileges for a short while as the surrounding tissue heals. So, while I’ve been working on getting my orthopedist to clear me for riding, Nautica has been working on his winter body, relaxing in the field, sipping margaritas and ordering room service.

It’s a major bummer. With an average daytime temperature of 65ºF and sunny in Huntsville, I’m missing out on prime fall riding time. Nautica is not completely wasting away, however. He and sibling Lacy have been getting regular lunge sessions in the Chambon, building major booty topline, and also working in-hand (ha, singular hand) to further solidify some lateral movements. Nautica is scratching the surface of first- and even second-level concepts in his riding. Although we still have a bit of a journey ahead of us in mastering the training-level working trot, it is never too early to start introducing big concepts and preparing for Second.

Every ivy league graduate got their start in kindergarten. Harvard, here we come.

I noticed that with all that has gone on this past couple of months, I had neglected to update on Nautica’s September clinic with Linda. September feels like such a long time ago. I think I may revisit my videos from that day and possibly share some of Nautica’s and my findings in another post.

I’m anxious to get back to riding soon!

This site uses Akismet to reduce spam. Learn how your comment data is processed.